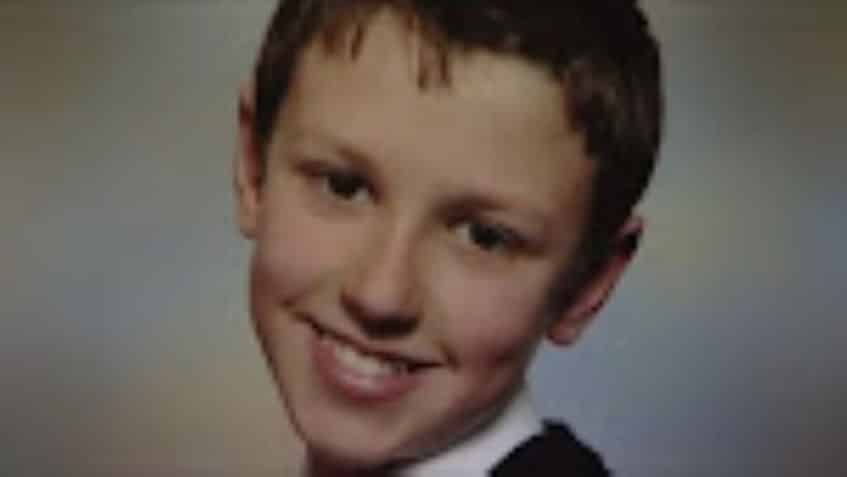 Dad whose son, 12, died after cardiac arrest welcomes plans for defibrillators in all schools

A father whose 12-year-old son died from an undetected heart condition has told ITV News of his commitment to see the government act on its promise to install defibrillators in all schools following his campaign.

Mark King has been campaigning for the devices to be in schools since his son Oliver died in 2011 after suffering a cardiac arrest during a swimming lesson in Liverpool.

Had there been access to a defibrillator at the school, the 12-year-old’s life could have been saved.

Oliver King died after a seizure during a school swimming lesson in Liverpool.Credit: ITV News

Speaking in parliament on Monday, Education Secretary Gavin Williamson said defibrillators, which give an electric shock to the heart, should be in all schools, as he said that the government will look at changing the current regulations to prevent any future tragedies.

Thanks to Mr King’s tireless campaigning, every school in Merseyside now has a defibrillator – and he has vowed to continue to lobby ministers until the legislation has been put into effect.

“I was just horrified to read that we lose 12 young people a week across the country and nothing is being done about it,” he told ITV News.

“So, as a dad, because that is all I am, it hurt me to think that this could have been done and Oliver could have had a fighting chance with a defibrillator.”

“Our Ollie never let me down in the short time he was here and I won’t let him down now,” Mr King added.

Defibrillators give a high energy electric shock to the heart of someone who is in cardiac arrest – when the heart stops beating normally – and, if administered within three to five minutes of collapse, can dramatically improve survival rates.

Every year at schools in the UK, around 270 children die from sudden cardiac arrest, but with correct defibrillation the survival rate can be as high as 75%.

In order to improve these survival rates nationwide, Mr King founded charity The Oliver King Foundation, which has raised funds to place thousands of defibrillators in schools and has trained more than 100,000 people in CPR and the use of the devices.

Mosspits Lane Primary in Liverpool is among the schools which have installed defibrillators.

“We actually have had to use it for one of our school community,” Alan Harbottle, a teacher at the school, told ITV News.

“So, having these there means that in that first few seconds of need, it means someone can support that person and sustain life until the ambulance service and professionals turn up.”

The second reading of the Automated External Defibrillators Bill is due before parliament on September 10.

To find out how Passion First Aid can help you, email enquiries@passionfirstaid.co.uk or call us on 07811 025169